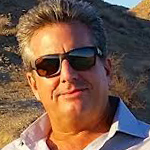 
THE DRIVE with Alan Taylor

Leading Business & Media Professional:
Alan Taylor is an award winning radio and television host and a 30+ year broadcast professional. As a founder of Benchmark Entertainment in 1995, Alan pioneered the business of creating radio shows as an extension of the magazines and brands they represent. Benchmark orchestrated innovative partnerships with leading publishers to replicate their content on-air, bringing their brands alive to a much larger audiences. Today, Alan partners with the nation’s largest publishing houses. He is, on behalf of Entertainment Right Now, the host of some of the most popular weekend talk shows in radio today: The Drive with Alan Taylor, Inc. Radio, and Popular Science Radio. Alan produces and co-hosts a new videoseries in partnership with Microsoft, Business & Burgers, which seeks out the best burger in America with a side of tasty business advice from today’s top entrepreneurs.

Automotive Aficionado & Trusted Expert:
Alan’s expertise and quick wit entertain millions and he has been a featured automotive expert on ABC, CBS, CNN, FOX, NBC and others, including 15+ years on daytime’s #1 morning talk show, “LIVE! with Kelly”. Alan lends his expertise on many car and truck related topics, including interviews with many celebrity auto buffs and collectors like his car guy pals, Tim Allen and Jay Leno. Alan is also an in-demand guest speaker where his up-beat presentations provide both insight and motivation. Alan is also the co- host of Motorz TV, seen in over 150mm households in the USA and Canada.

Giving Back:
Alan Taylor is an advocate and the spokesperson for Patriot Outreach; an organization focused on providing support to all military service men, women, veterans, retirees, government civilians, battlefield contractors and their families. Alan also supports the Little Rock Foundation; an organization benefitting the blind and visually impaired, the Austin Hatcher Foundation for those affected by pediatric cancer, and others.